Skip to main content
Home Articles How Different are British and American English?

How Different are British and American English? 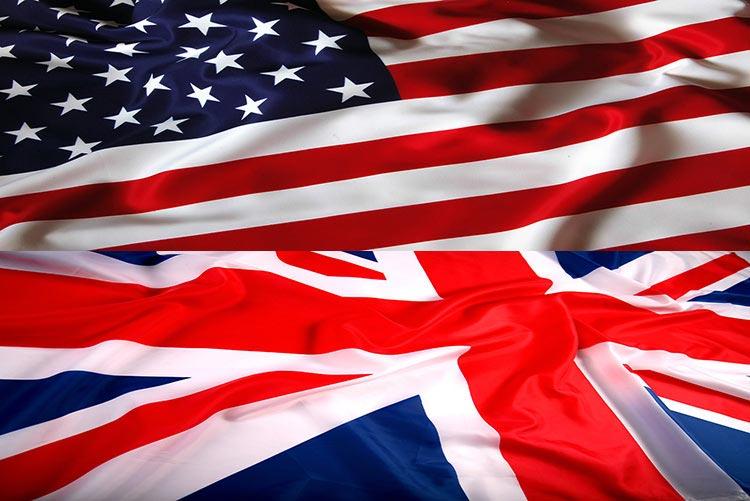 How Different are British and American English?

English as the international language in the entire world has some varieties such as Australian, Canadian. New Zealand, British and American English. Among all, the last two ones are considered to be the most prestigious varieties of the English language. It should be pointed out that all of the English varieties spoken throughout the world are just slightly different from each other. In this article, the main differences between American and British English in terms of pronunciation, grammar, words and spelling are compared and contrasted.

As non-native speakers of English, English learners are strongly recommended to select one of the two prestigious varieties of English, either American or British, and be consistent in their selection.

When it comes to pronunciation, Americans (also Canadians) tend to pronounce words with more ease. To be more exact, most Canadians and Americans clearly pronounce an /r/ sound after vowels in words like mother, car, better, etc., while in British English, the pronunciation of this consonant with the same condition is almost not realised. To be more technical, the phoneme /r/ is realised as zero or has zero realisation. This phenomenon is phonetically referred to as “Elision”.

In terms of grammar, there are subtle differences between the two English varieties. For instance, regarding pluralization (making plural nouns), in American English, group nouns, e.g. team and government are regarded as single entities. However, in British English, they are viewed as plural entities (e.g., the government are…). Furthermore, concerning the use of the ‘present perfect tense’, it should be noted that, in British English, this tense is used to express an action that has happened in the recent past with an effect on the moment of speaking. For example, I’ve lost my wallet. Could you please help me to find it? While we are talking about it, in American English, the same sentence with the same meaning can be put in the simple past tense as: I lost my wallet. Could you please help me to find it? Moreover, some British English speakers do not pronounce /h/ sound at the start of words like ‘he’ and ‘his’ as if they were spelled ee and is.

Another grammatical difference between the two varieties of English is one way to show possession. In British English, both phrases “have” and “have got” are equally used as in: “I’ve got a motorcycle.” or “I have a motorcycle.” However, in American English, the use of “have got” is not that common to show possession. Moreover, in British English, the causative verb (help) is generally followed be the preposition “to” as in: The teacher helped the students to understand the problem. However, in American English, the preposition is generally omitted: The teacher helped the students understand the problem.

The past participle of the verb “get” is usually ‘gotten’ in American English and ‘got’ in British English: Alice has gotten good marks in her exams (American English). Betty has got good marks in her exams (British English). In terms of the common use of prepositions in English, there are also some slight differences between the two language varieties.

In relation to major differences of spelling between American and British English, it should be pointed out that Noah Webster, an American Lexicographer, was the main source of the distinctions. In two of his well-known publications, An American Dictionary of the English language (1828), and The American Spelling Book (1783), he attempted to systematize spelling in the United States by developing an almost unique use of an American language, which was intentionally different from its British counterpart to acknowledge the new country’s independently political development (Encarta Encyclopedia, 2008).

The following table shows some other differences in spelling between British and American English:

There are also some differences in terms of the use of words between the two important varieties of the English language. It is believed that the major differences between these two varieties of the English language are rooted in the choice of words. These words often include words that are usually less common, for instance, British crisps for American potato chips. Foreign English learners strongly recommended to constantly consult a good dictionary if they are not sure about the precise use of words in the English variety they are consistent in. this is because of the fact that some words or phrases may have different meanings and interpretations in different language varieties. The following table is intended to illustrate some of the differences in relation to the diction (choice of words) and idioms between British and American English:

This is so true.

This is so true.

thanks to the updator of this article.

I don't mean to patronize but as an ESL you shouldn't be fussy about such things ! It may become important just when your'e speaking to a native speaker , even if that's the case , talking from experience , as long as what you say is understandable nobody pays that much attention to those small details . you even might see Americans use some of brit terms according to dictionaries and when u ask them, they don't even know it's something british .and if your'e going to live in an English country , you'll learn their terms gradually as u're surrounded by native speakers .

besides both have taken influence from one another and maybe british English has done more . so you get to see brits use Amercian slangs and sometimes even accent , like they might say addidute instead of attitude

However I'm aware of the fact that this article is reserved for more formal and learned English and not and the vernacular but hope you don't mind if I digress a little bit and point out another difference worth saying , which is how Amercians change the letter 't' to 'd' when it's placed between two vowels , like later , pronounced as lader or water turns into wader , albeit there are some exceptions to this

there was something about dropping the consonant 'h' in brit English in the article . well in fact Amercians do the very same thing in spoken English  when it's linked to other words like you say isi instead of is he , or withim rather than with him .

all in all the article was thorough and It wasn't my intent to belittle it and thanks a lot to the author and all the effort he's put in . I merely wanted to speak my mind

God bless you all , bubye

that was very good so thanks

that was very good so thanks

that's great, this subject is

thank's a lot your site very

Glad to hear that dear Amir

Glad to hear that dear Amir

You've got to = You gotta

I gotta, you gotta, we gotta

He/She/It has got to = He/She/It's gotta

They have got to = They've gotta