Skip to main content
Home Articles for English Teachers Why Are Iranians Not Successful Enough in Learning English?

Why Are Iranians Not Successful Enough in Learning English? 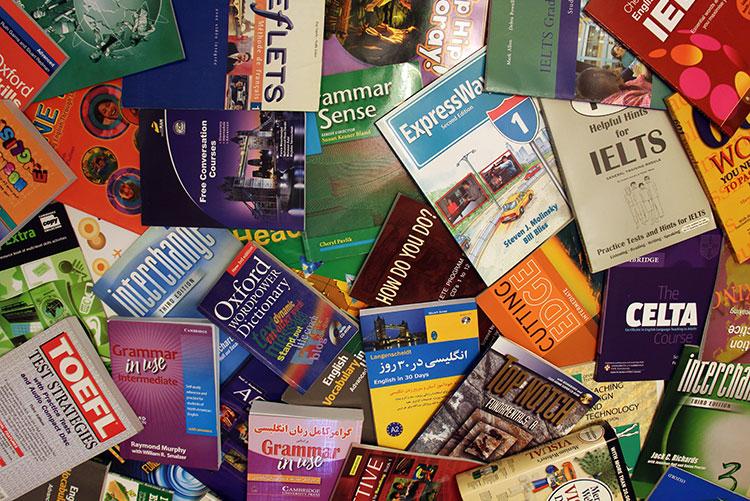 No matter how hard it is tried or pretended to try to improve the quality of learning and/or teaching English in Iran, realistically we are not even close to an ideal status in this task. It should be noted that we have made some improvement in this regard; however, it is by no means, sufficient. If we look at this issue pathologically, some of the major obstacles to this process would come into view.

First and foremost, the Iranian approach to teaching English doesn’t seem to be up-to-date enough. In fact, there is still a great tendency to apply some traditional and structural methods, most importantly, Audiolingualism at language institutes, and Grammar Translation Method (GTM) at schools.  In the case of Audiolingualism, it must be stated that this old method does not let the learner have an active and responsive role in learning. Furthermore, in this method, there is little concern for what goes on inside the learner’s head. There is also no room for the actual process of interaction and negotiation of meaning, which is an integral feature of communication in a language. In this regard, meaningful learning, as opposed to rote learning, should be exercised. Furthermore, authentic or real-life situations must be simulated. Additionally, the students should be encouraged to generate unrehearsed language performances in the class, something which is technically referred to as ‘automaticity’ or ‘spontaneity’.

Our approach to teaching English, believe it or not, is still more grammatical as opposed to communicative. Priorities are given to the form of the language rather than its meaning. Students are not encouraged to optimize their interaction in the class. Making mistakes, which is a perfectly natural phenomenon in language learning, is usually strongly criticized. Learners are not supposed to take risks in their learning. It is strongly recommended that the students assume some roles and responsibilities in the class activities. They are supposed to experience ‘infantalization’, which is a technique in which they assume some factitious names and roles and play them in interaction with their classmates in a friendly and supportive atmosphere.

In Iran, particularly at schools, oral skills (listening & speaking) are not taken seriously enough, which is per se the violation of the natural order according to which each person should learn a language in a sequential way as the following: listening, speaking, reading, and writing. As a result, some of the students, especially at younger ages and elementary levels, simply lose their interest in English and never try to change their mind about it again. In this regard, our system of education needs to go through a revolution. In other words, we need to think otherwise. It is completely natural that the elementary students go through a silent period in which they just focus on the language they are being exposed to orally. In this silent period, they may not turn out to be very active at first glance. However, the teacher and system should be fairly patient.

It has been noticed that in Iran, even in highly academic milieus, it is generally attempted to disintegrate the four skills, i.e. listening, speaking, reading, and writing. This procedure will lead to the fragmentation of the language skills, which makes the process of language learning rather unnatural. To actualize ‘skill-integration’, some techniques and activities should be employed through which the learners are encouraged to forge logical links between the four skills. For instance, if students who are categorized according to the intermediate proficiency level or above are asked to watch a movie or a video clip, read the corresponding subtitles at home while take notes simultaneously, write some questions about it, and discuss their findings in the class with their peers, they can exercise all of the four skills in an integrative and natural fashion.

On the other hand, the employed approaches and methods for teaching English in Iran are not systematic and scientific enough. In other words, the methods are not criticized or evaluated for the sake of improvement. Consequently, over the passage of time, the general process of teaching English, even in private and prestigious language institutes, doesn’t get updated enough. While we are talking about it, the level of our criticality and consciousness must be raised to encompass all practical reformation in teaching English.

The academic atmospheres in English classes in Iran generally tend to be competitive as opposed to cooperative. As a result, the students normally take a rather defensive approach to language learning, losing their trust in their peers. While we are on this subject, according to Brown (2007), as humans learn to use a second language, they develop a new mode of thinking, feeling, and acting – a second identity. The new ‘language ego’, intertwined with the second language, can easily create within the learner a sense of fragility, defensiveness, and raised inhibitions. To do away with this problem, our education system, particularly in regard to teaching English, must adopt some modifications. The students should not be tempted to seek their success in the failure of their classmates. They should not laugh at each other, but with each other. They should work with each other, and not against each other.

The assessment system must be more or less criterion-referenced as opposed to norm-referenced. As Henning (1987) has stated, in criterion-referenced tests, a criterion or ‘cut-off’ score is set in advance, and those who do not meet criterion are required to repeat the course. In this system of assessment, the students are not assessed by comparison with the achievement of their friends. Instead, their achievement is measured with respect to the degree of their mastery of the pre-determined content domain. If criterion-referenced assessment is employed, students’ test anxiety is reduced to a high degree because students do not normally compare their performance with that of other students in the class; consequently, instead of competition, cooperation would be exercised.

Another important point that should be considered is that the basic system of education in Iran is segregated rather than coeducational. When it comes to language learning with its own delicacy and subtlety, it is highly recommended that the language learners be of the two genders, i.e. boys and girls, because if it does not happen, the students cannot experience a natural procedure of interaction and internalization. From another point of view, if the system is coeducational, the students would be more motivated to take part in the activities and a pretty dynamic and positively competitive academic atmosphere would be created.

In Iran, a huge proportion of emphasis is placed upon final exams. Most of the time, the lengthy process of learning during the term is overlooked. In this condition, a lot of students who are inactive and intelligent may take the process of education for granted. In principle, they may not develop their best to the course and postpone it to the last time right before the final exam, and at this time, they just resort to cramming. As a result, they will just master shallow (as opposed to deep) learning, which is most of the time forgotten pretty soon due to the fact that they can never obtain a good retention of the materials being discussed and exercised during the term.

English is a foreign (as opposed to second) language in Iran. That is to say, it is just spoken in academic milieus. As soon as students step out of the English class, they no longer get a chance to practice speaking English. As a matter of fact, the students can choose factitious names for each other, take some roles, or above all, extend the class activities to routine activities outside the class. In other words, they are strongly recommended to continue interacting with each other in English in non-academic atmospheres. In this regard, the students can expand their channels of communication to overseas people. In fact, thanks to the internet, language learners can easily find pen-pals to practice English with native speakers either through oral communication or correspondence via email.

If the above-mentioned techniques and approaches are put to use, it is believed that some noticeable improvement could be made with reference to teaching and/or learning in Iran.